* Prime Minister Sergio E Gentili has decided to step back from office and resign from the Royal House, under the control of Hans Maximus Cabrera Lochaber Rurikovich.

* They do no work anymore under Hans Maximus's part of the House, but nevertheless their titles granted under Don Hugo Norberto Cabrera remain intact and respected from our side of the House.

* Sergio Gentili have served the House under Don Hugo Norberto Cabrera with great passion and he always kept a high diplomatical core value. He choose to leave the House as an effect of the new structure, the new Head of the House enforced.

* We wish all the Gentili family (Sergio E Gentili, Sarah Gentili, Jesse Gentili, Jason Gentili) well, and many blessings in the future, whereever GOD will lead them.

Best regards from the Head of the House, Gevernment and Dynasty,

It is requested that all who have not presented or been contacted by the House and government, conserning their title to contact the Government and present their title under the house, followed by the mail correspondence with the House representative that effected the title, should anyone fail to take this requested steps, they will not be considered as a legal part of the Househols anymore.

By order and request from the Head of the House

* It is hereby effected that anyone who is not mentioned on this site does not hold any title nor position in the Royal Imperial House of Rurikovich. Anyone who use the name, title or position connected to the name or the House will face legal action that could lead to lawsuit.

* We also warn everyone that there are many who use the name and titles that are given without legal rights on behalf of the House, as well as many titles has been bought. Anyone who holds a doubtfull title must contact the government for verification, if doubt of legal connection of anyone who present themself as members of the House or representatives, please contact the government or the consigliere.

Best regards from the Head of the House, Gevernment and Dynasty,

* The House hase face lack of Unity. Because of this the House has split up.

* Some choose to follow Lautaro Rodrigo in the South American part of the House, under the late Hugo Norberto Cabrera, who adopted him.

* Some chose to follow Valery Kubensky under the Russian side of the House.

* We regret the split and hope that in the near future we will return to the desired unity.

* In the meantime, we wish everyone to be well, to have prosperity and be richly blessed.

Has been appointed as the Prime minister

of the Rurikovich Government.

He will be responsible for set a government and with it handle all aspects that may effect the house external and political.

The first half of the Cabinet has been installed.

are no longer members of the House and neither holds any titles in or under House protection.

The reason is that they have not serve neither assisted the house for several years, also not responded to outcall from council since the sudden dead of Don Hugo.

The Order are estimated to be up running latest end 2020 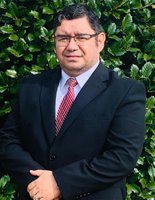